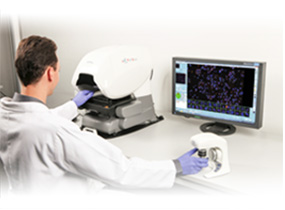 The Arcturus® Turbo Labeling™ Kits offer a proprietary, non-enzymatic technology optimized for the labeling of unmodified, amplified RNA (aRNA) for gene expression profiling. The unmodified aRNA is labeled post-amplification, thereby avoiding the need to incorporate modified nucleotides during RNA amplification. The use of unmodified nucleotides in the amplification process results in unmodified aRNA with higher yields and longer aRNA fragments, thus providing better representation of the mRNA transcript for downstream analysis (Figures 1 and 2).